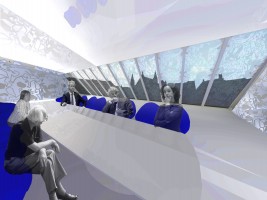 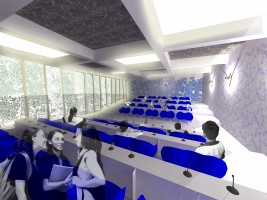 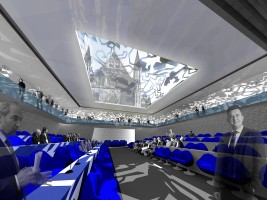 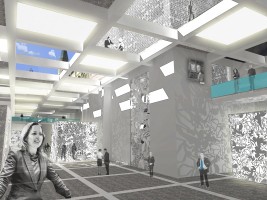 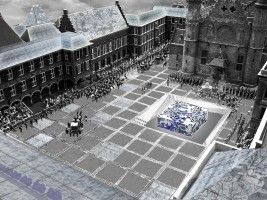 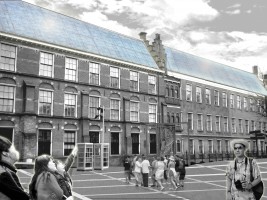 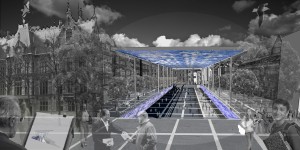 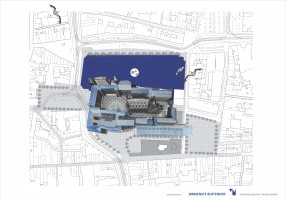 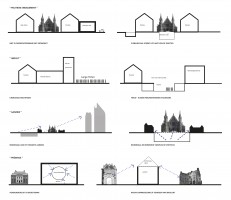 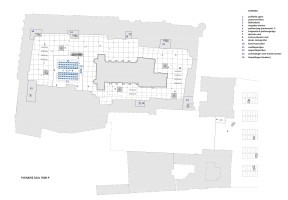 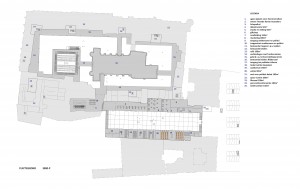 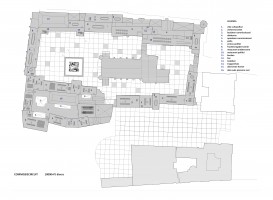 The project provides new insights on politics and shows the operation of Dutch politics through The House for Democracy. Het Binnenste Buitenhof is situated in the niches of the existing buildings. Empty rooftops and existing basements are used to generate new routes. The whole Inner Court is deepened to make room for a new political agora. This deeper level allows The Hall of Knights to rise even furthermore as a symbol of status above the politics.

The citizens of The Netherlands can watch the politicians closely and make sure that these representives of Dutch democracy properly carry out their work. The political agora is compared to the back rooms very light and clear. There’s space for informal arrangements between politicians and civil servants of the Second Chamber while citizens keep an eye on these meetings. The politicians reach this agora through staircases which connect to the existing basements of the Inner Court complex. The spaces for political parties are each connected to the central agora which in its own turn is connected to the plenary chamber. The maximum walking distance for a politician to get to the plenary chamber is 500 feet.

The coming together of citizens and politicians at the plenary chamber forms another reason to facilitate a differentiation in the architecture of the surroundings. The new plenary chamber is an underground space but can also been seen from the ground level. The plenary chamber forms the heart of the political parties because of the central location in The Inner Court. The plenary chamber is compared to the past situation much more corresponding to the needs and demands of its users. The cabinet and the coalition parties are positioned on the same side while the opposition is situated on the opposite which reflects the Dutch democracy better. The Second Chamber chairperson is sitting in a respectably position, symmetrical with the Hall of knights. The citizens are above the politicians on galleries which are positioned in a ring all around the plenary chamber, like in an arena.

The new commission circuit is situated in the exisiting rooftops. These rooftops have been upgraded with new climate facades. These glass rooftops provide a good view on the surroundings in daytime. At night, these conference spaces light up like a halo around the Inner Court complex. This ring of light enables the citizens of The Hague to see the politicians working late. Het Binnenste Buitenhof attracts the attention of the passersby and makes sure that the Second Chamber gets the respectable position that it surely deserves. The new spaces are all integrated with the existing volumes of the parliament. Politics have become visible and recognizable to the public of the Netherlands. Literally speaking, the plenary chamber has become visible for everybody. Figural, the sight on politics have become clear because of the integration of The House for Democracy with the Parliament of The Netherlands.